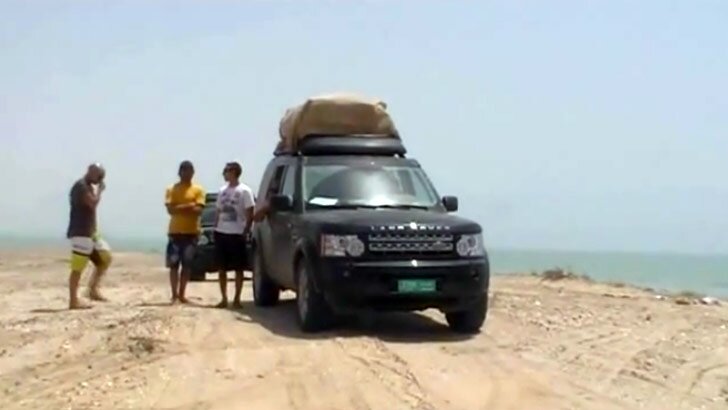 So what exactly is a surfari and what does Land Rover have to do with it? A surfari, as the name suggests, brings together the intensity of both a safari and a surf trip, in one extreme adventure. On this surfari, Mark covered 4,000 kilometres over the Hajar mountains from Muscat, down through the Empty Quarter and up the coast from Salalah in a fleet of Land Rovers, the most capable all-terrain vehicle around.

The group of adventurers camped on deserted beaches and drove through a landscape that had been wrecked by cyclone Phet, a freak storm that hit the region the very first night the team of surfers were unloading their boards. The surfari included a drive through flooded coastal villages and on the coastal highway that was a foot deep in sand.

Luckily for them, they were in Land Rovers. Check out what happened in the videos below: