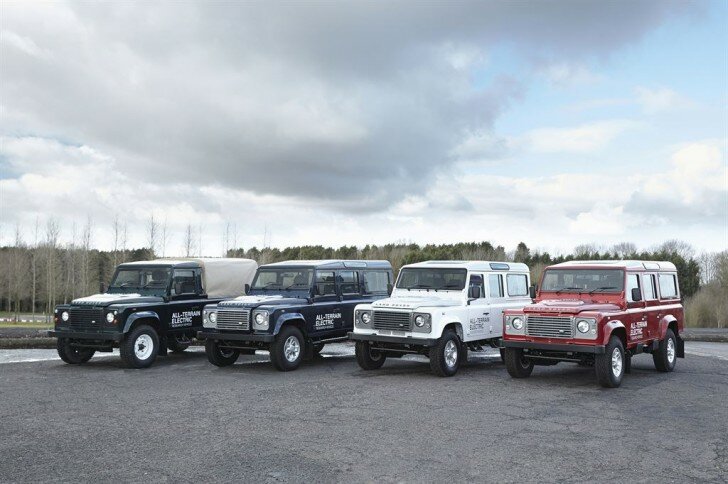 "Investing in innovation has always been the lifeblood of our business and our engineering teams are working hard to develop innovative new technology to provide sustainable motoring solutions," said John Edwards, Land Rover Global Brand Director.

The standard diesel engine and gearbox have been replaced by a 70kW (94bhp), 330Nm electric motor twinned with a 300-volt, lithium-ion battery with a capacity of 27kWh, giving a range of more than 50 miles. In typical, low speed off-road use it can last for up to eight hours before recharging. The battery can be fully charged by a 7kW fast charger in four hours, or a portable 3kW charger in 10 hours. 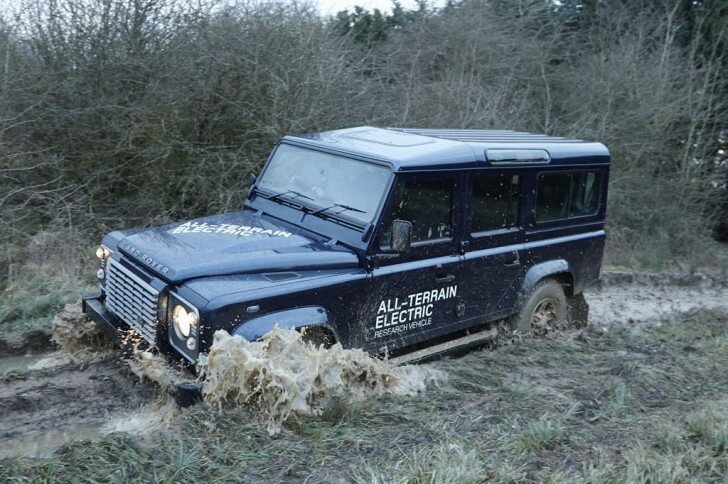 The electric vehicles (EVs) retain the Defender's legendary four-wheel drive system and differential lock. Because the electric motor delivers maximum torque from the moment it starts, there's no need for gear shifting and the transmission comprises a single speed, 2.7:1 reduction gearbox combined with the existing Defender four-wheel drive system. A modified version of Land Rover's Terrain Response® System has also been incorporated.

The vehicles were developed by Land Rover's Advanced Engineering Team following successful trials of the Defender-based electric vehicle, Leopard 1. The vehicles' capability has been tested in extreme and environmentally sensitive conditions, demonstrating capabilities not shared by conventional road-going EVs. Trials included pulling a 12-tonne 'road train' up a 13 percent gradient and wading to a depth of 800mm. 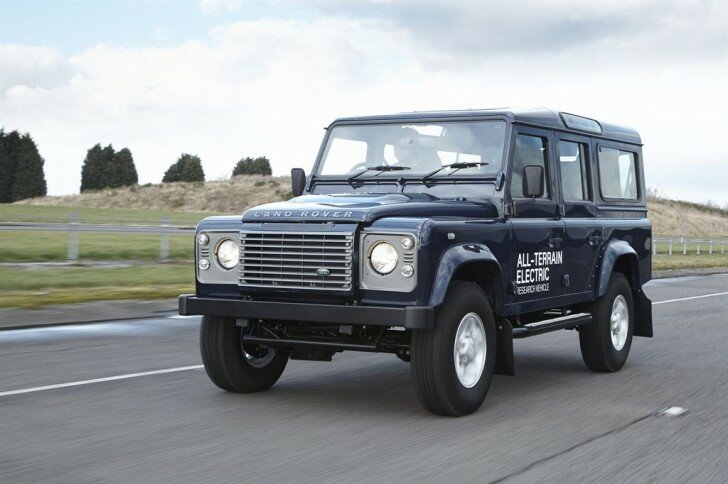 The battery weighs 410kg and is mounted in the front of the Defender in place of the diesel engine. Kerb weight is 100kg more than a basic Defender 110 and ranges from 2055kg to 2162kg depending whether the body style is a pick-up, hard top or station wagon. 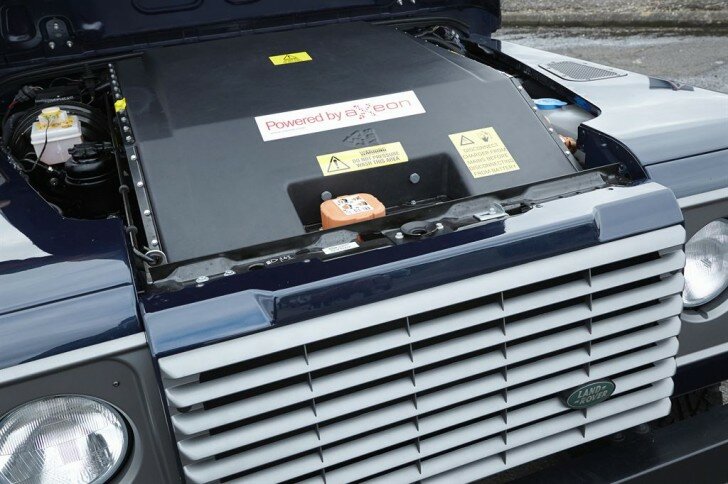 All the major components in the electric powertrain - including the battery, inverter and motor - are air-cooled rather than liquid cooled, saving a considerable amount of weight and complexity and adding robustness. Regenerative braking has been optimised to such an extent that using Hill Descent Control, the motor can generate 30kW of electricity. Because the battery technology can be charged very quickly at a rate of up to twice its capacity of 54kW without reducing battery life, almost all of the regenerated energy can be recovered and stored. Up to 80 percent of the kinetic energy in the vehicle can be recovered in this way, depending on conditions.

"This project is acting as a rolling laboratory for Land Rover to assess electric vehicles, even in the most arduous all-terrain conditions. It gives us a chance to evolve and test some of the technologies that may one day be introduced into future Land Rover models," said Antony Harper, Jaguar Land Rover Head of Research.

Although there are no plans for the all-terrain Electric Defender to enter series production, the seven EVs will go into service in specialist applications later this year.

FIND MORE PHOTOS IN OUR GALLERY